Yingiya Mark Guyula (www.yingiya.net) is our spokesperson and we endorse his candicacy for the seat of Nhulunbuy in the August 2016 Northern Territory Legislative Assembly Elections. His political campaign over the coming months is not just a bid for power. It will raise consciousness about our need for a 'treaty' among the people of Arnhem Land and the rest of Australia. And because the campaign ends with a poll every vote for Yingiya translates to a vote for a treaty. We are making this election an informal plebiscite on a treaty for our people.

Please donate to help us achieve this goal!

Our people have maintained peace, justice and harmony in Arnhem Land for thousands of years. We have always determined our own future and welcomed those who respect our customs and traditions, lore and law. We were prosperous...

By the 1890s pastoralists with the backing of the colonial Australian Government had taken the land to our south and west. By gun point pastoralist companies tried to set up in our country, but our warriors repelled them. Conflict, disease and migration, forced on by pastoralist takeovers in Southern Arnhem Land, destabilised our society. 1906 marked certain economic collapse when our international trade partners, the Maccassans of Indonesia, began to be blockaded and forced to pay taxes to colonial governments – the Maccassans had already paid us!

From 1931 the Australian Government declared our land an Aboriginal reserve, and we had a small bit of reprieve. However in 1969 Aboriginal people were declared citizens of Australia and then in 1976 the Northern Territory parliament was established, and our country was placed under NT jurisdiction. We have never ceded authority, never been conquered, and we still occupy our land, but from these moments on outsiders have demanded more and more control.

The 2006/7 Intervention and then the Stronger Futures policy; together with NT government takeover of Community Councils, various NT Government English only education policies (today it’s Direct Instruction), and CDEP and Homeland de-funding are all policies that represent the newest forms of take-over.

On a broader level Arnhem Land is strangled economically by English driven tax laws, and Land Council controls and mistakes. We have our children removed by racist reporting regimes- a regime that links health, education, policing and justice systems. Our people are imprisoned by one-sided policing and courts – they come into our lands like they have jurisdiction. Our language, law and way of life are de-prioritised…

We have not been idle...

In response, and within the parameters of our Maḏayin law, our elders have begun the developmental process of creating an organisation that brings together the tribe nations of Arnhem Land (beginning with North East Arnhem Land and the Yolngu people). This body will allow us to be ready to govern when a treaty with the Australian Government is achieved. This organisation is called Yolngu Nations Assembly. www.yolngunations.org

The big picture aim of Yolngu Nations Assembly is to win a state within the Australian federation under the jurisdiction of our Maḏayin law. This will allow us to have a space to be ourselves, while participating equally in the larger Australian nation.

Yingiya Mark Guyula (www.yingiya.net) is our spokesperson and we endorse his candicacy for the seat of Nhulunbuy in the August 2016 Northern Territory Legislative Assembly Elections. His political campaign over the coming months is not just a bid for power. It will raise consciousness about our need for a 'treaty' among the people of Arnhem Land and the rest of Australia. And because the campaign ends with a poll every vote for Yingiya translates to a vote for a treaty. We are making this election an informal plebiscite on a treaty for our people.

On top of this, if Yingiya wins the seat of Nhulunbuy, his position as a parliamentarian will do three things:

- Resource further conscientization of citizens for the treaty cause, in Arnhem Land, wider Australia and Internationall-. helping the national treaty cause as a whole. Including resourcing a formal petition of Yolngu citizens to solidify the message of support for a treaty.

- Create a practical avenue to make change toward self-determination, self-management and self-governance through NT parliament.

Unlike the vast majority of parliamentary electorates in Australia the electorate of Nhulunbuy is a majority Indigneous seat. It takes into its boundaries the Yolngu towns of Yirrkala, Galiwinku, Ramingining and Milingimbi, amongst numerous other homeland villages. On voter numbers Yingiya has a good chance of winning, but if he does not have the campaign resources he cannot compete with the major parties.

Yingiya needs to raise $18000 in the coming months to enable a successful campaign. The priority is to raise $12000 for flights and road travel across the length and breadth of the electorate. The electorate is over 200 kms long and two of the towns are on islands. To put this figure into perspective, the cost of a single days charter airplane, from a central location, is on average about $1000, if there are five days of mobile polling that in itself is $5000. Before the polling day each community must be reached and to be competitive Yingiya or supporters must be present on poll day.

Due to the geographic isolation of many population centres mobile polling before the official polling day is common in the Northern Territory.

The remaining $6000 is budgeted for printing (including corflute signs $2500), phone and internet communications and advertising.

Please give generously to Yinigiya’s cause and help him be successful. We believe his campaign will empower treaty campaigns across the nation.

*Donations made by an individual in their personal capacity are tax deductible.

*For the purpose of financial disclosure The Northern Territory Electoral Act stipulates that donations over $199 must include the date of donation and the name and address of the donor, to be recorded for public record after the election. 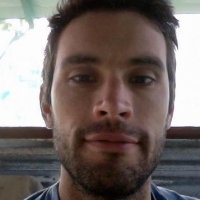 The Yolngu people of Arnhem Land, NT, Australia, need a treaty. They need their law respected by governments and they need a space of their own that honours their way of life. Donate to help us act!