The Freedom Flotilla and the West Papua Freedom Forum


Taking direct action on the high seas against human rights abuses dispossession and poisoning of indigenous land and water in West Papua.

The boats are in various states of disrepair! We need your help to get the flotilla back on the water and flights for Elders to get to the West Papua Freedom Forum in Darwin 4th July 2015 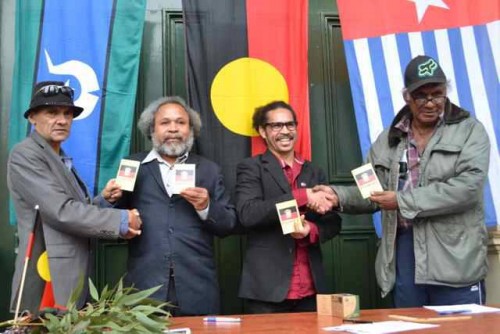 In 2013 the Freedom Flotilla reconnected the lands and the struggles of Papuan and Australia Indigenous people with a sacred ceremony conducted in the water off the coast of Papua. Indigenous elder Uncle Kevin Buzzacott of Arabuna country in South Australia delivered the sacred water from the mound spring in his country and ashes from the Aboriginal tent embassy's around Australia to West Papuan Elders leaders and activist to reconnect the land and people that were once joined. The action gained global media attention and put West Papuan issues in the spotlight. 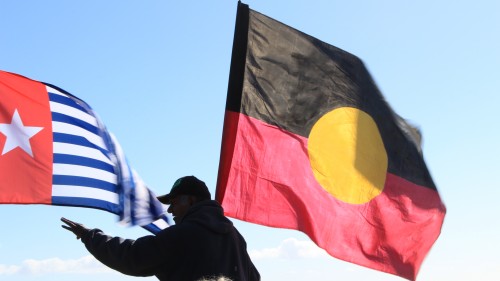 ''That our brothers and sisters being killed over there in West Papua. One people one soul'' Uncle Kevin Buzzacott

It is a nation wide strategy meeting to co-ordinate Australian Solidarity with the Free West Papua movement resulting in a public statement, concert and action plan.

This is an invitation from Larrakia June Mills Gunluckiinimul, Australians For a Free West Papua, Freedom Flotilla West Papua and Federated Republic West Papua Women's Office to come together on Larrakia Country in Darwin for the West Papua Freedom Forum, 4th- 6th July 2015.

This year the Freedom Flotilla West Papua will undertake a creative action of resistance to highlight the suffering of West Papuan People and the damage caused by Multinational companies and colonial governments on the land and people, specifically targeting Rio Tinto's Freeport mine in Timika West Papua. 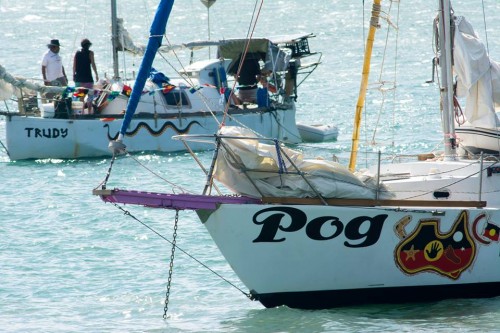 Operation Freeport.
A river of poison flows from the last tropical glacier in the world. It is a sacred place for the Amungme People.The glacier is called Nemangkawi ''the white arrow''. Many people have died by the hands of the Indonesian military who control the area since the mines inception.

''The Republic of Indonesia kills people like me, Amungme people, the land the military own in Tamika was not bought, it was taken at gunpoint. The Indonesian military is used as a tool by Freeport mine to kill us.'' Mama Yosepha Alomang. 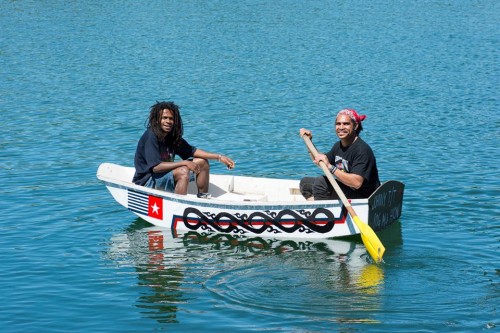 Here's some amazing perks for supporting us… T shirts, patches, DVD's and a day sail on a flotilla ship!

A DVD featuring videos from the Freedom Flotilla and interviews with Women in West Papua.

Get in touch with West Papuan Freedom Forum & Flotilla