Save the Wollar Three from Jail - help fund court costs.

Early on Wednesday 12 April 2017 Bev Smiles, Bruce Hughes and Stephanie Luke stood up to protect the small community of Wollar from the expanding Wilpinjong Coal Mine. With the NSW Government removing their rights to appeal the mine expansion in Court, in protest, they blockaded the entrance to the mine! 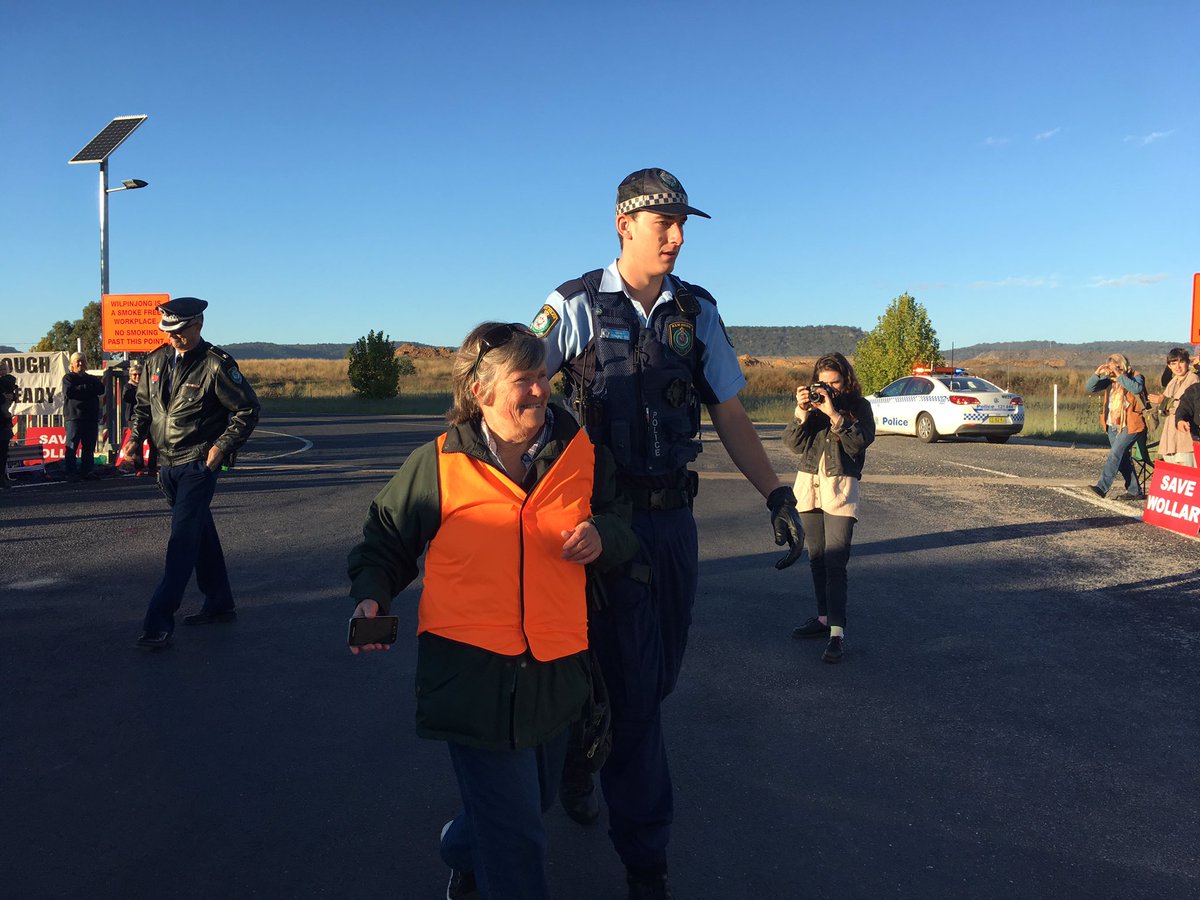 They are the first people in NSW to be charged under new laws aimed at preventing peaceful protest at mine sites. They now face a possible 7 year jail sentence and heavy fines simply for stopping traffic.

The Wollar Three need your help...

With mounting legal costs and possibly facing 7 years jail they need your help.

Funds will also be used to ensure that Bev, Bruce and Stephanie are supported with their legal costs throughout this ordeal.

They are the first people charged under these draconian new laws and the outcome could set a scary precedent for opposing mining projects in NSW. Please let them know you care - give generously.

Additional funds raised will used to investigate and pursue options to challenge the NSW Planning Assessment Commissions' approval of the Wilpinjong coal mine extension.

In a long running battle to Save Wollar, a rural village near Mudgee in Central West NSW, from expansion of coal mining, a group of people held a peaceful protest at the Peabody Energy Wilpinjong Mine in April, 2017.

This large open cut mine has been operating for 10 years and has bought up over 90% of private property to mitigate noise and dust pollution. The mine has been approved to expand to within 1.5km of the Wollar Village.

The remaining people of Wollar district have been denied the right to appeal this decision in the NSW Land and Environment Court. They are now socially and economically disadvantaged through loss of population and local services.

We're not going quietly. We will defend our community and the village of Wollar. We are going to keep fighting the expansion of this coal mine. We are also going to defend our right to take non-violent direct action in court. When the planning system fails, when profits are put before people, what choice do we have?

Please support our efforts to highlight the loss of rights in NSW. Donate generously today.

3 people have been charged under new, draconian anti-protest laws. They face a possible 7 year jail term. Please support their legal costs and the ongoing campaign to save Wollar from coal.

Get in touch with Save the Wollar Three from Jail - help fund court costs.