For my birthday this year, all I want to do is raise money for and support the animals. So that's exactly what I have decided to do. I will be traveling to South Africa & Zimbabwe & working with 3 organizations there who are doing great work everyday to aid, protect & save the animals from extinction. But, they need our help.

Who are the recipients?

I will be initially funneling everything through my non-profit, Animal Avengers. Then, I have chosen 3 organizations to be the final recipients of this campaign. They are:
Saving The Survivors
AWARE
Save African Rhino Foundation

How will you use the money?

I will be using the money raised from this campaign to buy the most needed supplies that we determine will help the most animals for each organization. NO MONEY WILL BE GIVEN DIRECTLY & NO MONEY WILL BE FUNDING THE TRIP ITSELF. Everything will be going to help the animals. In fact, I will be blogging on my personal site (ShannonElizabeth.com) throughout the trip to keep everyone up to speed on what has been bought and who is being helped. Then, when I get back, I will be rebuilding my Animal Avengers' site and on there everything will be extremely transparent. You will see how much was raised and exactly what that money was spent on. I will include receipts & photos of the rangers and doctors on the ground with the equipment that I purchase for them. I am hoping people will start demanding that every organization have this type of transparency in the future.

To give you an idea of what is needed, I will be purchasing things like an elephant tracking collar, camera traps & two-way radios for the rangers. Technology is really helping now, but it's not cheap. So your help is desperately needed!

For anyone who feels more comfortable buying some of the products needed directly, I've set up this wish list where you can easily go on & purchase any item, it will get shipped straight to me & I'll carry it over with me & hand deliver everything.

When is this happening?

Because everything is donation based, the perks all consist of various thank you's from me. All will be listed on ShannonElizabeth.com, while the highest level will also get a personal thank you from me on the social media platform of your choice, with your Twitter, Facebook or Instagram name/link. I'm actually open to however you want it linked to you. What matters to me is raising this money & helping the most animals! Just make sure that you let me know when you donate what platform you prefer and your name on there.

Why is this important?

In the early twentieth century, there were approximately 500,000 rhino throughout Africa & Asia. But despite intensive conservation efforts, poaching of this species is dramatically increasing, pushing the remaining rhino closer & closer towards extinction. The Western black rhino was declared extinct by the IUCN (International Union for Conservation of Nature) in 2011, with the primary cause identified as poaching. All 5 remaining rhino species are listed on the IUCN Redlist of threatened species, with 3 out of 5 species classified as critically endangered.

In 2007, only 13 rhino were poached. Every year since has seen a steady increase in poachings due to the demand of rhino horn on the Asian black market. They believe there are medicinal properties in the horns, when it's actually no different than the keratin in our fingernails. Last year saw a record 1215 poaching deaths and we're on track this year to break that record. If it weren't for the efforts of conservation groups and anti-poaching units in South Africa, those number could be much higher. But at this rate of perish, the rhino could be extinct within 10 years.

A similar story exists for the elephants. They are being poached for their ivory. Elephant numbers have dropped by 62% over the last decade and could easily be extinct by the end of the next decade. An estimated 96 African elephants A DAY are being poached. This is all due to callous human greed.

A common scene in Africa is a poached elephant or rhino, freshly mutilated, still breathing and slowly bleeding out as their babies wail and cry in sadness & confusion for their mother. These babies are now left all alone to fend for themselves. Then, assuming they make it to enough of a maturity, they could easily see a similar demise. It's truly heartbreaking!

I have been talking to many people locally that I know in South Africa in the conservation space. They have vouched for these organizations as doing great, honest work & I fully trust them. But this is just the start. That's why I am personally going over there to meet, not only these organizations, but many people in this space. I want to see first hand what is being done, what resources are needed & where money in the future will make the biggest impact. That way, future projects will all be with organizations I have already met, worked with & can personally vouch for. There are so many non-profits out there, it gets confusing where you should & should not put your money. My aim is to do the legwork & research for you & report back on the people who deserve praise & need our help. I want to take the guessing out of this process & start saving these animals for future generations to admire & love. 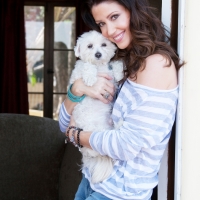 I am currently in Cape Town on my way to Zimbabwe & other areas of South Africa to work with 3 organizations & buy them the supplies they need to support their operations & protect the animals.

On www.ShannonElizabeth.com, on my charity page, I will be posting a thank you board that will eventually get moved over to my Animal Avengers site after the project & my trip is complete. Your name, or the name of your gift recipient, will forever live on that board as a SILVER LEVEL DONOR for everyone to see how you graciously supported this project.

Est. Delivery Date: By the end of the campaign if not immeditaely
8 claimed
Unlimited left

On www.ShannonElizabeth.com, on my charity page, I will be posting a thank you board that will eventually get moved over to my Animal Avengers site after the project & my trip is complete. Your name, or the name of your gift recipient, will forever live on that board as a GOLD LEVEL DONOR for everyone to see how you graciously supported this project.

Est. Delivery Date: By the end of the campaign if not immeditaely
13 claimed
Unlimited left

I will personally thank you on the social media account of your choice (using your social media account name), choosing between Twitter, Instagram or Facebook. Also, on www.ShannonElizabeth.com, on my charity page, I will be posting a thank you board that will eventually get moved over to my Animal Avengers site after the project & my trip is complete. Your name, or the name of your gift recipient, will forever live on that board as a PLATINUM LEVEL DONOR for everyone to see how you graciously supported this project.

Est. Delivery Date: Depending on how many of these come in, I will be working on them throughout the campaign and trying to space them out if needed. But I'm going to aim to complete them by the beginning-mid-September.
39 claimed
Unlimited left