Help save South East Australia’s unique and threatened orchids! Funds are urgently needed to ‘fit out’ a conservation laboratory to propagate and grow threatened orchids for reintroduction now and into the future!

Australian Network for Plant Conservation's Orchid Conservation Program partners with the Royal Botanic Gardens Melbourne.
The ANPC’s Orchid Conservation Program focuses on the ex-situ growth and reintroduction of many of south eastern Australia’s threatened orchids. The program is currently leasing laboratory facilities and equipment but needs to set up its own laboratory facilities including tissue culture capability to ensure the long term future for the conservation program. By donating towards this cause you will directly contribute to the purchasing of tissue culture equipment, growth rooms, microscopes and incubators that will be used to continue this invaluable orchid conservation work. Help make this dream a reality.

The Orchid Conservation Program  is currently the only means by which these orchid species can be propagated in sufficient numbers to significantly reduce the threat of them becoming extinct in the wild. Research over the last 15 years has led to advancement that can now show where the wasps live and how to reintroduce the mycorrhizal fungi with the orchids to enable successful reintroductions of these species.

Check out the article in the AGE on our project below
Crowdfunding bid to save Victorian orchids http://www.theage.com.au/victoria/crowdfunding-bi... via @theage

In 2012, the program managed by ANPC Ecologist Dr Noushka Reiter funded through the Wimmera CMA, Australian Orchid Foundation and volunteers undertook Australia’s first large-scale conservation reintroduction of an endangered orchid species the Metallic Sun-orchid Thelymitra epipactoides, of which only 30 were left in the Wimmera and little more than 1000 remain in the wild. It was the first federally-endangered species to benefit from years of laboratory research into propagation and mycorrhizal associations. 1500 Metallic Sun-orchids were reintroduced in south-western Victoria. Last winter a further 400 orchids, known for flowering in a variety of vibrant metallic colours such as red, blue, purple, green and yellow, went into the ground. In July 2013 the program introduced the Brilliant Sun-orchid Thelymitra mackibbinii (down to less than 50 in the wild). The success rate on reintroducing this species, monitored this July, has been 92 % the highest of all the reintroductions to date.

Over the last 18 months the program has also propagated thousands of seedlings and reintroduced federally threatened orchids to over ten sites in Victoria. In addition, demand for the services of the program has increased dramatically over this time, as the program has successfully shown it can make tangible differences to the future of these threatened plants. Picture: Orchid seedlings of the Nationally Endangered McIver Spider-orchid Caladenia audasii being grown in petri-dishes with fungi for future reintroduction.

The aim of the program over the next 5-15 years is to reduce the likelihood of extinction of nationally threatened orchids in south east Australia. Each of the species has a Recovery Plan which we intend to help implement.

The program works closely with community groups and is active in the orchid specialist group of the International Union for the Conservation of Nature. Local organisations involved in the Orchid Conservation Program include: Native Orchids in Australia
Australia has a higher proportion of orchids than any other temperate region of the world, with over 1700 species recorded. The majority of these are terrestrial (ground dwelling). Yet regrettably, 25% of global orchid extinctions have occurred on our continent.

Principally these extinctions are due to large scale changes in our environment over the past 200 years as a result of land clearing, land degradation and the introduction of weeds and rabbits to our continent. Many populations exist in uncertain environments. Of the 400 orchid species in Victoria, half are threatened with extinction including 43 Nationally listed species Environment Protection and Biodiversity Conservation Act (1999). Orchids represent a significant proportion of all rare and threatened flora in Australia.

With over 100 genera of orchids in Australia, the majority of which are unique to Australia, it is impossible to cover the diversity here but those that stand out are: All Australian terrestrial orchids rely on a specific ‘type’ of mycorrhizal fungi to germinate and sustain their growth throughout their life-cycle and many are pollinated by their own unique species of pollinator. Loss of the pollinator or lack of the mycorrhizal fungus can have disastrous consequences.

The term mycorrhizal simply means ‘fungus root’, which describes the usually symbiotic association between the fungi and the roots of the plants, with the fungi assisting in the absorption of minerals and water from the soil, while the plant provides carbohydrates to the fungi. The degree of dependence on the mycorrhiza varies, with most orchids having the ability to draw energy via their chlorophyll, however, some terrestrial orchids have taken this relationship to a point where they no longer have chlorophyll and derive all their nutrients from their fungal partner as is the case in many Hyacinth- orchids (Dipodiums) and the anomalous underground orchids (Rhizanthella).

There are many ways in which Australian terrestrial orchids are pollinated. Some pollinate themselves but the majority require a third party to transfer the pollinia (aggregated packets of pollen) from one plant to another. Many species are yet to have their pollination syndromes described. Some orchids provide a food reward of nectar or pollen to an insect and in feeding the insect effects pollination. Others are food mimics where the orchid involved mimics a food rewarding plant such as a lily and in so doing dupes the pollinator into providing a hand - this is prevalent in the Sun-orchids. One of the more interesting pollination syndromes in Australia is sexual deception. The male thynnine wasp is drawn to the orchids by pheromones released from parts of the flower, the males copulate with the labellum (thinking it is the female wasp) of the flower and in so doing transmits the pollen from one plant to another. These sexually deceptive relationships can be very specific and in many cases a single species of orchid is pollinated by a single species of wasp. To make the situation more interesting these wasps are rely on the larvae of beetles to sustain their own offspring. 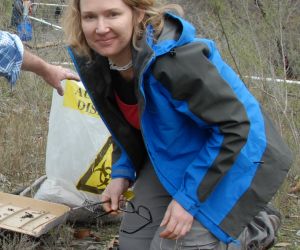 Get in touch with Help save South East Australia’s unique and threatened orchids!