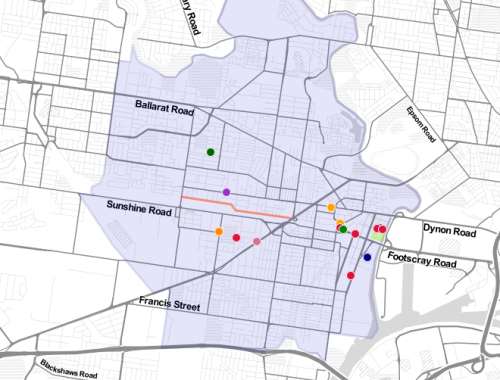 A 'MakerMap' is an online map that provides information about the people, places and resources in a community that form part of that community's capacity to make things for themselves. It is open, accessible and editable, so that the community can on-goingly build its knowledge and awareness of the 'making' resources in the community, and facilitate interaction and collaboration between artistans, designers and other makers that currently do not know about each other.

The map is online, and can be accessed and edited by anyone with an interest. The initial prototype can be seen here: http://maribyrnongmakers.com.au

- The map will be based on the Open Street Map platform, with a UMap interface (http://www.openstreetmap.org / https://umap.openstreetmap.fr).

- There are no royalties and fees associated with using the map, it is open for all to use and add to, and is based on open source software.

- M3 can be controlled locally, which means local makers, organisations, businesses and artisans can easily access and update the map.

- The map has a 'layers' capability, which means different aspects can be created on diverse themes such as: community gardens / permaculturalists, artists / art studios, artisan maker businesses, Maribyrnong history, just about anything. 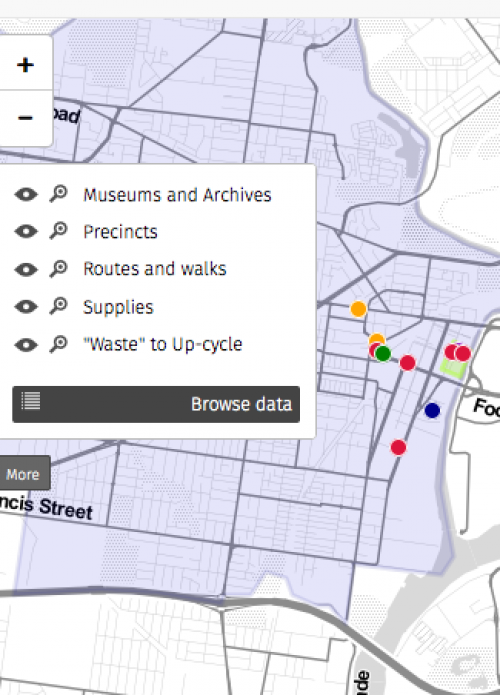 How will the money be used?
The campaign money will go toward running workshops, networking events, developing educational curriculum, video work, and just plain ol' mapping of community maker resources.

Who is behind this?
This is a Footscray Maker Co-operative project being run by Jose Ramos. The project team includes Luke Wong and Matt Rowbottom. Dean Hewson was the creator for version #1 in 2013.

Join us in creating a Maker Map of our region (Maribyrnong). What is it? It's an open / editable map of the people, places and resources that are part of making things in our region!

This buys you a ticket to a mapmaking workshop. We'll teach you how to use OSM and you'll have a chance to add to the map with live support.

This buys you a ticket to a mapmaking workshop. We'll teach you how to use OSM and you'll have a chance to add to the map with live support.

A special networking event. We'll throw you a party at the Footscray Maker Lab where you can meet others local makers and network. Drinks / cheeses / the basics all included.

A great way for an individual to support the mapmaking. Sponsors will have their names displayed on the M3 project page with a hyperlink to whatever they choose. And it includes an invitation to the MEET YOUR MAKER networking event.

A great way for a business to support the mapmaking. Sponsors will have their business names and logo displayed on the M3 project page with a hyperlink to their business. Includes an invitation to the MEET YOUR MAKER networking event.

$200 MAPPING WORKSHOP FOR YOUR ORG

We will run 2-3 hour mapping workshop for your organisation, teach you how to use OSM, including developing layers.

A school based kids mapping project. we'll design for you a kids curriculum project that gets kids involved in using the community map, helping them discover local resources an teaching them how to map their community in a kid friendly way.

We'll do a 2 minute video of your arts / maker business, similar in style to the ones already up on vimeo, and we'll put it on the map for you, and link it to the map. You also get acknowledged as a sponsor and are invited to the MEET YOUR MAKER networking party.

Get in touch with Maribyrnong Maker Map (M3)