Recently, we responded to a plea for help from a group of Doctors in Bangladesh, who are in charge of 8 medical centres throughout the poorest parts of Dhaka, who had in their charge over 4000 children in need of care and treatments outside of traditional medicine. With the help of donations from people just like you, I was able to travel to Bangladesh with two other therapists and work with some of these children over a period of two weeks.

We were horrified at the conditions that the poor in Dhaka were enduring. A succession of young children sat down in front of us, one after the other, all with similar ailments. Mostly, cerebral palsy or Autism, mental disorders, Down’s syndrome, inability to speak, and all very dehydrated. We constantly gave water to them before treatment, to improve the body to become relaxed. We treated drug addicted children, dribbling adults, and incoherent children whose hopes of saying “Mumma and Pappa” were only a dream.

There were some children we just couldn’t help. One little boy, Sajin, was almost ready to die. He was 3 years old and so riddled with toxic chemicals that he was the size of a 6 month old baby. I prayed he didn’t die in my arms. It was awful to hold this little boy knowing he is only days away from dying. I could feel the life seeping out of him. I sobbed and sobbed for him.

Some children could be helped though, and these were such a delight to work on. Seeing them change before our eyes was wonderful. One of these delights was an 11 year old boy, Al Amin, who couldn’t walk properly, or talk at all. I did some bowen therapy moves on his jaw and neck and he was able to start speaking. After doing some moves on his tightly muscled legs, he was able to walk better and jump up and down on the spot.

We worked with over 300 children over the two week period, but it became blindingly obvious that this was just a drop in the ocean. We have to do more.

With some help from the Bangladesh Government, we are working on opening a Natural Medical Centre for Women and Children in the Narsingdi District, and, subject to funding, in February 2017 the ONHF will send 10 therapists to launch the centre, work on more children, and train local people to help the women and children in the areas of health, natural medicine, nutrition, social interaction, life skills, work skills, employment and education.

Will you help us make this dream a reality? 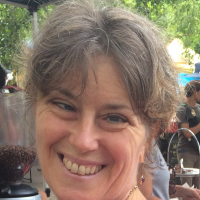 Help us open and staff a Natural Therapy Centre for Women and Children in Bangladesh, accessible too all, with or without the means to pay for it, so that we can make a lasting difference.