According to World Health Organization estimates, and more than 800 million people are impacted by exposure to HAP (Household Air Pollution).

"Regular exposure to smoke from cooking and heating fires is directly linked to severe health impacts, with an estimated eight people per minute (some 4.3 million per year) dying globally from it, accounting for more deaths each year than AIDS, malaria, and tuberculosis combined."


Due to their long exposures every day at the home's hearth, women and young children are particularly at risk! 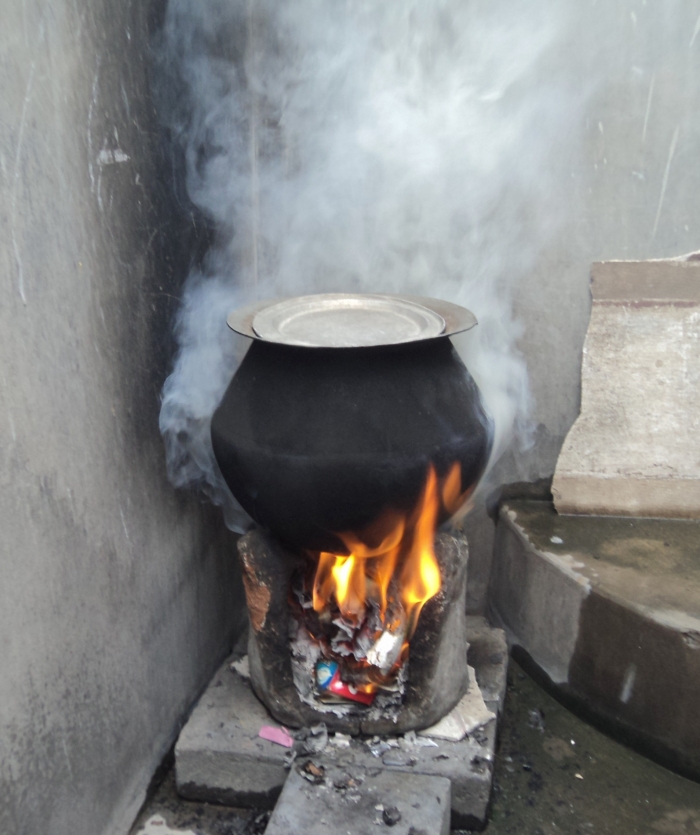 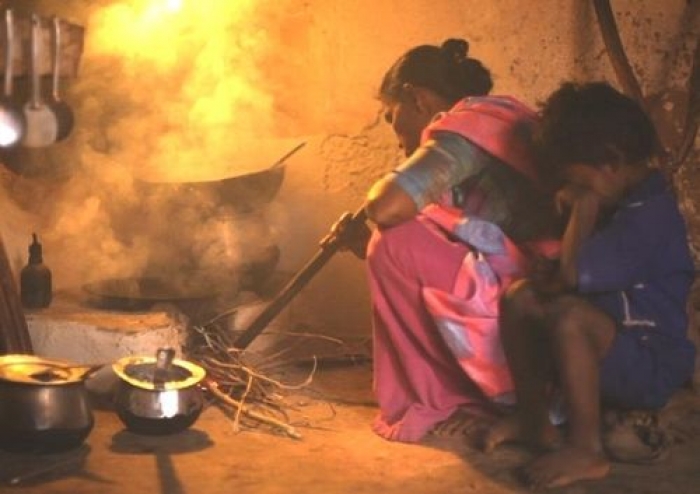 What can be done about it

There are quite a few alternative smokeless cookstove options and programs attempting to share their solutions with varying degrees of success. Many of these stoves are manufactured products that cost significant amounts to produce, distribute, train to use, maintain and service. As a result, many fail or have limited ability to scale up to any significant degree.

Our idea is based on the simple premise...

We have developed a smokeless cookstove that can be made by anyone with readily available materials (dirt, clay, straw, water and a puffed grain). 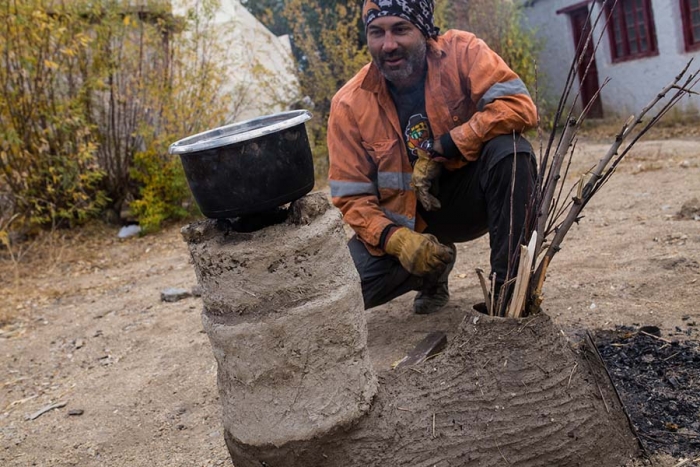 The trick is in the design and the addition of a puffed grain to the clay, such as puffed rice. In simple terms we are teaching people to make insulated burn tubes that are highly efficient as they get hot enough to burn smoke, resulting in a clean burn and requiring far less fuel.

They are too simple and too effective to not be used. Not only are they relatively smokeless (about 90% less than usual), they are also highly efficient using about 25% of the fuel of a conventional cookstove. 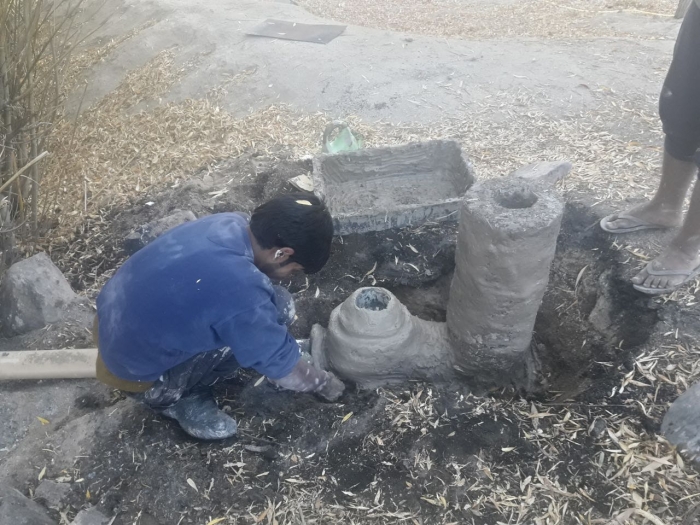 The other advantage of people making their own stoves is they can be tailored to suit each family's particular situation and cultural context. One of the reasons many stove projects fail is that they try to implement a 'one size fits all' approach.

These stoves can be re-designed, re-shaped, adjusted, modified and adapted to suit countless situations. This is easily the simplest and most cost effective way to spread the smokeless cookstove concept to the largest amount of people. 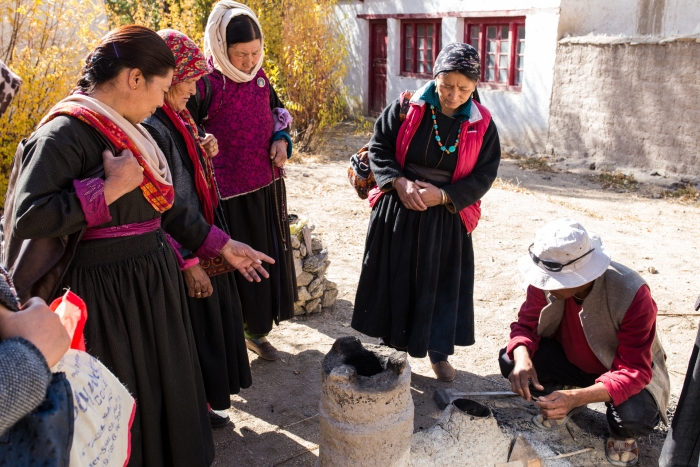 What happens to the money?

All of the funds raised here will go directly towards training and employing trainers who will be sent out to their respective regions to train more people in making these stoves. The stoves themselves will cost almost nothing to make (perhaps $1 in materials if required to be purchased. In many cases the villagers will have access to all of the materials required).

Let us train the trainers and let them loose on the world. We aim to start a smokeless cookstove revolution by giving everyone the skills to make their own. 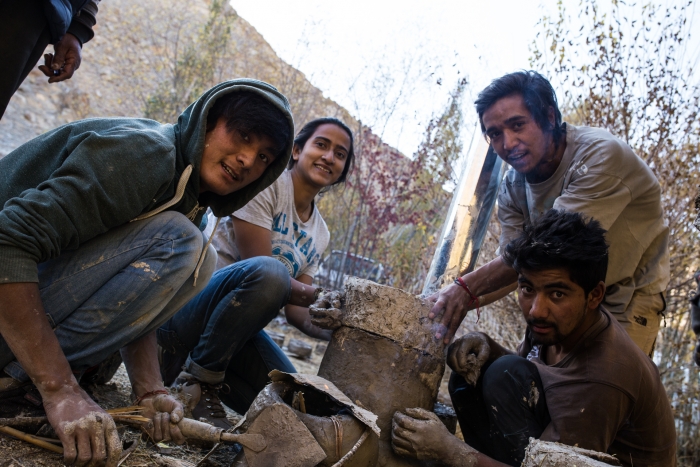 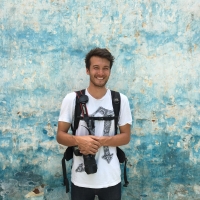 Cooking fire kills millions each year. The Smokeless Cookstove Revolution teaches people to make their own smokeless cook fires in regional India and empowers them to teach others to do the same.

When you fund a kit here, we make sure it goes to a needy person/village/organisation in a region where it will make an impact for good, and send you a Certificate of Thanks by email you can give to someone for Christmas.

Select
$150 Install a Smokeless Cookstove in a village home

As part of our outreach work we will install a chulha in a village home, whilst also training them to use the kit which we will leave behind as part of the package.

When you fund this option, we train an existing NGO to use these kits in their region, ensuring maximum impact on the ground where it is most needed.

Select
$600 Training Fee for a Workshop for a Village

By funding this option, we can run a full training module and provide the skills and equipment needed to get all the trainees set up with their own kits. This is a super high impact option that facilitates hundreds of smokeless cookstoves being made over an ongoing period.

This goes towards adopting a complete village project for a period of 4 to 6 months – comprising of training; installation & studying the impact with follow up field trips and a full report on impact and uptake of the project. 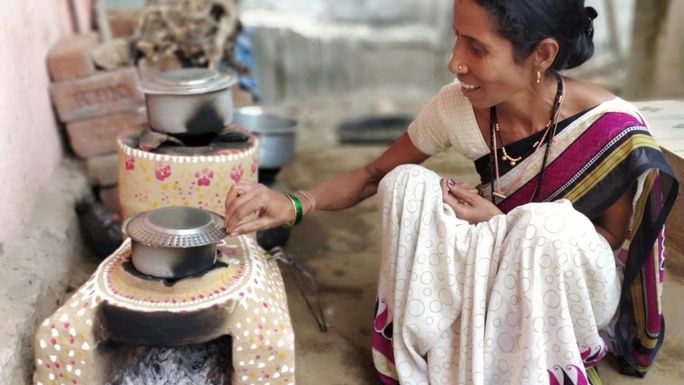 This fundraiser is part of the "A Smokeless Cookstove Revolution for Indian Families" campaign.

Together with other fundraisers, they've raised $15,000 so far!