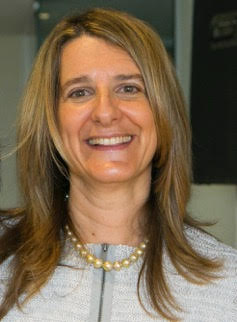 "I am a volunteer refugee advocate and writer. While I had long wanted to help refugees and asylum seekers, I wasn’t really sure how to get effectively involved — apart from having several articles published — and with the responsibility of a young family, didn’t think I had the time.

Everything changed in 2016 when I joined Supporting Asylum Seekers Sydney (SASS): I decided to devote an afternoon each week, going out to Villawood Immigration Detention Centre, as part of a group of volunteers of all ages and from all walks of life, to share food and speak with the asylum seekers detained there. All of a sudden, I was actually meeting the people about whom I had been reading for so long.

While emotionally confronting, it has been so rewarding to become involved — listening to their stories and providing support whenever I can. I am proud to call many of the asylum seekers and refugees I meet my friends, learning about their cultures and experiences. As individuals, we may be powerless to determine their fate, but we can treat our fellows with dignity, no matter their circumstances.

I have tried to find them lawyers, supported detainees in court when necessary, helped them with paperwork and with navigating our health system, and generally advocated for their rights.

For the past 18 months, I have also been supporting Vietnamese failed asylum seeker families, forcibly returned by Australia, several of whom have been punished in Vietnam. Last year, 18 of them, including 12 children, tried to flee Vietnam for Australia again, only for their boat to sink off the Indonesian coast. Rescued by Indonesian authorities, they have since been found to be refugees by the UNHCR and have just been released from Indonesian detention. We are currently advocating for a third country to resettle them. You can read more about their situation on my website or join our Facebook page.

While I have run several crowdfunding campaigns for the Vietnamese families, this is the first time I have run a campaign for an asylum seeker who experienced Australian detention before being returned to his country of origin. If it hadn’t been for his treatment in Australia, Ruban would not be in his current harsh situation, and so I believe I have a responsibility to help literally to get him back on his feet so that he can try to support his young family once more."

Check out Shira's crowdfunding campaign for Ruban below:

Click here to read more of Shira's writing on her blog!